Stay the course: “Independence and grit can only be learned from challenging situations” says CEO of Zapper and old boy Brett White

He is the CEO of popular mobile payments, customer insights, digital loyalty and marketing platform,  Zapper.

He is a creative designer, software developer and a Westville Old Boy.

Now based at Zapper’s offices in Cape Town, White  still looks back fondly on his journey as a Griffin.

“I suppose the greatest lesson I learned would be, being respectful of others,” says White who matriculated in 2002.

He says he had some really great teaching staff with larger-than-life personalities, and some really interesting characters among the boys in their  year.

However, one memory that stands out for him is, “being chased down the corridors by our incredible art teacher, Paul Litchkus.”

This , says White , was interspersed with Lichkus yelling his signature “I’ll kill you with one blow” catch-phrase.

While at the school White was passionate about art and  very keen on computers.

“I got to work on a Mac for the first time at WBHS, which in those days was a unique and incredible opportunity,“ White explains.

He says, “I  studied Graphic Design based on the advice I received from Paul Litchkus.”

“It was possibly the best piece of advice I have ever received: I owe a lot to that man,” White says speaking about the influence Paul Lichkus had on him.

White says he learned many key lessons at  WBHS through the various leadership activities from grade 8 through to matric.

“I was afforded many opportunities to learn valuable lessons in leadership, honesty, responsibility, accountability and respect: including how I wore my uniform and represented myself and my school,” says White.

White says Westville Boys’ High School was a natural choice for his family as both his  older brothers attended the school before him.

He adds that, if he could do it again, he  wouldn’t change a thing.

“I genuinely loved my years at the school,” White says adding, “ I owe a lot of my successes to my time at the school.”

White says he has  heard and read many great things over the years about excellence from Westville boys.

“This includes the significant number of top students in the national matric results each year, and the numerous regional and national sportsmen, and successful businessmen,” he says.

According to White none of this would be possible without the fantastic staff and facilities available at the school. He points out that this relies heavily on Old Boys’ support.

White encourages incoming and current Westville Boys to participate in as many aspects of school life as they can.

“I was a lacklustre student in that I didn’t value academic study as I do now. I was only really interested in art and sports,” White says.

He adds, “I regret to this day not applying myself more at school to my studies.”

White says his parents were an important part of his school life. “They supported me from afar — not getting involved in the “politics” — and allowed me to make my own mistakes and forge my own path.”

White says he was incredibly fortunate to grow up in a house full of computer parts.

His father was a software developer and IT expert.

He ran his computer business from home, building and selling hardware, looking after business IT infrastructure and writing bespoke accounting software.

White says, “from a very young age, I was helping [my father] physically piece together PCs on our dining room table, wire-up and run networking cables through ceilings, and install operating systems and software.”

He points out that back then installing operating systems and software involved piles of disks.

“I got to enjoy early access to a lot of great software. This was a massive influence in my life,” White says.

He hopes to offer his children similar experiences, “I believe IT and Tech are indispensable skills and would absolutely encourage learners to soak up as much as they can,” White says.

White encourages parents and sponsors to be encouraging, supportive and understanding, which, he says, “ is essential for young men to flourish”.

He says they need to encourage  independence and grit can only be learned from challenging situations. 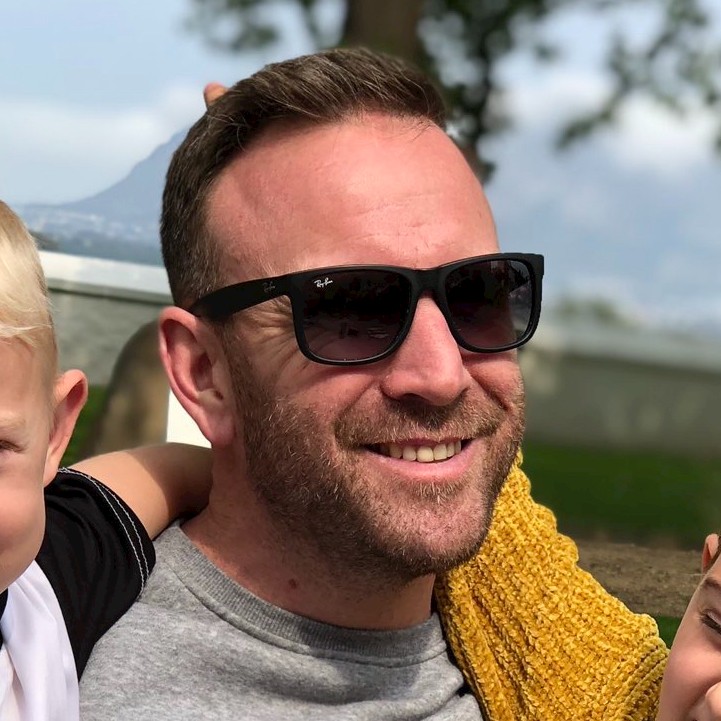