“I chose Westville because it was developing into a school of very high regard at the time,” says cricket coaching giant and old boy Mickey Arthur

“The thing with COVID is that it is for real and just like any opponent you have to respect it but at the same time find ways to beat it which will entail doing things outside the norm and your comfort zone and finding ways to adapt.”

These are the words of advice to the school and school community from Old Boy Mickey Arthur.

Mickey should know, he has earned the authority to speak on tackling tough opponents.

The former cricketer has served as coach to the cricket teams of Pakistan, South Africa, Australia and recently started as the Head Coach at Sri Lanka.

However, like many good stories, it all began at Westville Boys’ High School.

Personifying the Westville mantra of all-round excellence Mickey participated in cricket in the summer and hockey and rugby in the winter.

“The biggest lesson I learned out of WBHS was one of respect and always being true to yourself and the badge,” says the man responsible for coaching the world’s best cricketers on how to best represent their team’s badge.

Mickey says, “ the fondest memories I really took out of WBHS was one of fellowship.”

According to him there were many, “amazing people I met who I am happy to say today are still friends and this is heartwarming,”

Core to Mickey’s work is selecting teams, individuals and organisations during the course of his work.

So why did Mickey choose Westville?

“I chose Westville because it was developing into a school of very high regard at the time.

I would have no hesitation in choosing Westville again” says Mickey.

Speaking about why Griffins should support the work of the Foundation , Mickey says, “I think it is very important you always remember where you are from,”

Mickey says, “by supporting the foundation you are in effect maintaining a connection with your alma mater and your friends,”

Mickey says this allowed him to grow as a player.

“It allowed me to grow as a leader through becoming a prefect and going on leadership courses,” says Mickey.

He adds that these experiences, “allowed me to show respect to other people and cultures which has given me the foundation to coach all over the world.”

“Sport is a great microcosm of life and through sport you learn so many life lessons, sport teaches you excellence in trying to be the best you can be, humility in a win or a loss, play hard and fair, respect for your opponent and respect for the game.” 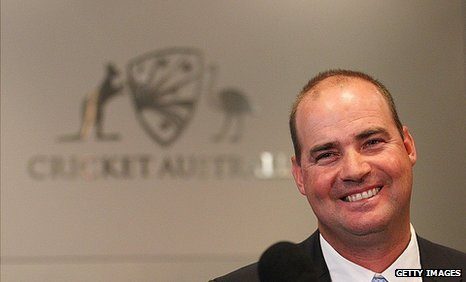