The opportunity to solve major problems is there for the taking if you are willing and courageous says Old Boy, Sanlam Indie CEO and PANDA co-founder Peter Castleden

As the world descends into chaos and fake news causes confusion, one man is keeping his cool while all around him are losing theirs.

“I think it came down to understanding the likely progression early on, and when early data were matching what we were expecting, I found it calming,” says Peter Castleden.

He adds, “Anyway, being in a panic is the least productive state of mind.”

Peter Castleden is the CEO of Sanlam Indie and is one of the founding members of Pandemics Data and Analytics (PANDA).

“Perspective,” Peter says, “remembering that tough times will pass and in time what may seem like an impossible situation today will be insignificant in the grand scheme of things,” he explains.

At the core of PANDA’s work is replacing bad science with good science.

Peter is a firm believer in facts and working only with facts, even if it means questioning authority and the status quo.

According to him, “this is one of the only ways that progress happens.  It is important to remain curious and humble and be willing to change your mind when experience or data disproves your priors.”

He goes on to say, “It is important to understand the difference between facts and data.  Data can often tell you what story you want it to tell.”

Speaking about his own use of data to solve problems, Peter says, “I prefer to construct hypotheses and theories about something and then seek out data which can disprove the hypothesis.”

“In early March, for example, I had a hypothesis that COVID was either incredibly deadly or incredibly infectious, but not both,” Peter says.

He adds, “This theory explained a lot of what was being observed, and you go from there.”

Peter explains that, “with this method of thinking, there aren’t really out and out facts – but rather hypotheses which haven’t been disproven (yet)”

Speaking about what current learners can do to enhance their ability to verify facts, Peter says, “Start with a theory and always stay curious.”

He explains, “coming up with theories requires a good imagination and creativity.”

Peter adds that “theories need to fit what is known to be true at the time and should be a logical explanation of what is unknown but observable.”

“For example, with COVID it was a theory that TB patients wouldn’t be terribly badly impacted – this fit what we could see, since the virus was more of vascular disease than respiratory.  Etc. Fast forward a month or so and the data emerges that this theory was correct.” Peter says

He concedes, “It may well have been incorrect, in which case you update your theory.”

Peter considers that those working on real world problems are lucky.

He says, “The real world can never be explained with a model.  It’s complex, unpredictable and highly inter-connected.  It’s a challenging and fluid environment in which to work, but it’s also an environment where the most change for good can take place.”

Speaking about the opportunity that may emerge from the pandemic he says, “Many businesses are going to be wiped out.  Once this has all passed, there will still be demand for these businesses and those with the capital, willingness and stamina to rebuild can do very well.”

Peter says, “For me, I guess having children is a good motivator.  Seeing my children being negatively impacted by closed schools, lack of socialisation and the works is a strong motivator to try to do something about it.”

He says, “Challenges without an obvious answer require all your faculties to solve.  Creativity, analytics and courage.  Not everyone likes this, but some do.”

“I worry that globally COVID is going to make the world a worse place after it has left us,” Peter says.

He says, “The implications are hard to gauge but it feels like the Overton Window around individual freedom and liberty has shifted for the worse in a permanent manner.”

“This doesn’t necessarily mean life is worse for any one individual but certainly has the potential to be worse for humans in general,” Peter says.

He says, “Even old problems are often new to someone who hasn’t experienced them.”

“It’s worth working on problems you are familiar with, with people who are unfamiliar with them,” Peter explains.

“This often brings an angle to the problem which wasn’t considered before,” he says.

Peter encourages learners to work in environments where they learn every day.

He says, “I’ve never seen a group of strangers be able to pull together so easily for a common purpose, especially when it wasn’t possible to meet anyone in person.”

“Before this I would have been skeptical that it could be pulled off at all,” Peter explains.

Offering advice to the school community Peter says, “knowing what we know now, keeping schools closed is the most destructive and ill-conceived decision we could make.”

He says there is no upside from closing schools, but plenty of downside.

Peter says, “I’ve always liked people who are trying to do big things to make a positive difference.

He considers Elon Musk a role model. He says, “Although he’s sometimes an iffy character in his personal relations, someone like him is quite motivational to me.”

Peter has worked as Head Actuarial Product Management and Head of Alternative Millennial Solutions at Sanlam before leading Sanlam Indie.

He says, “These roles gave me a deep fundamental understanding of the building blocks I would have to work with to build a business. “

Peter says, “Having the fundamentals as second nature has made it easier to spend my energy focusing on the bigger picture.”

“Never give up the chance to learn more about the core technicalities of a problem or opportunity,” is something Peter says he learned.

He says this played a big role in preparing him to deal with Covid-19.

“Funnily enough, having confidence in my ability to run the business gave me the freedom to explore trying to get involved with COVID,” Peter explains.

He says, “Getting involved with the virus started with a curiosity around understanding what happened in New York  city, and once I’d looked at the data itself I started to realise what I was being told wasn’t what was actually happening. “

Peter encourages Westville learners and old boys to identify and explore problems, at a national and global level.

He says, “I think sometimes people find themselves with skills that can be applied for a greater good outside of their direct field or work environment.”

He adds, “Where people can contribute positively with these skills to problems of significance, a positive difference can be made.”

A lesson learned at Westville that has stuck with Peter is that everyone has the ability to make a contribution, be it big or small.

“You do not need to be invited to do so, it’s there to be taken if you’re willing and courageous,” Peter says. 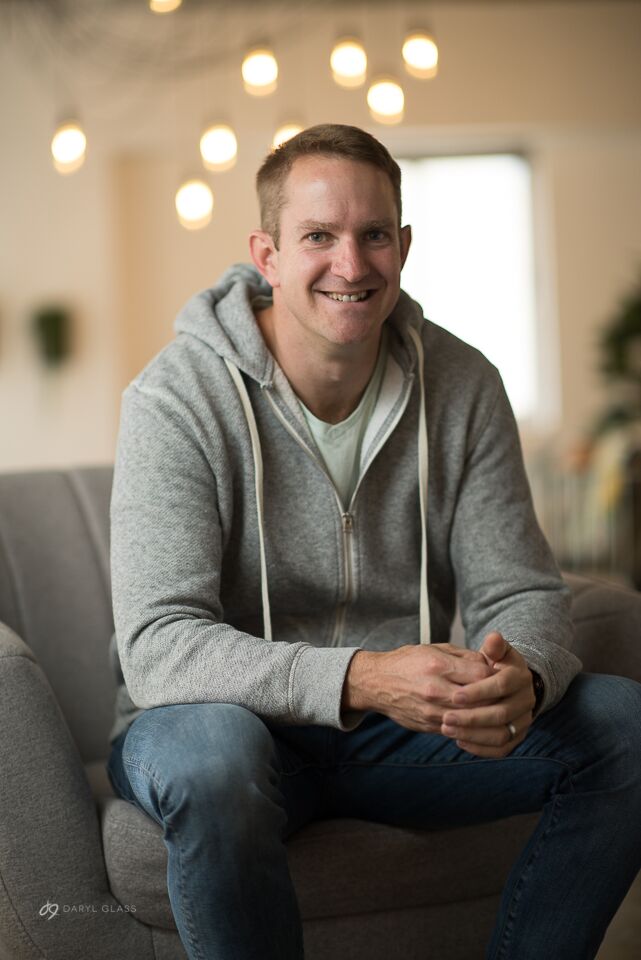