Follow up and pay it forward, our true power lies in the impact we have on the generations to come says Powafix Director and Old Boy Gareth Cole

“To me it’s all about paying it forward and trusting that when the time is right these young men will do the same.”

These are the words of Gareth Cole.

Cole would know. He is leading the way in developing the next generation at Westville Boys’ High School.

A matriculant of the class of 1991, he studied Mechanical Engineering and, with his wife Debbie, a Westville Old girl, he now runs his company Powafix.

Powafix has been a shining light in the effort to open the doors of learning for the next generation. Most recently they have sponsored a bursary for grade 10 learner Nzuzo Mthethwa.

Cole has always been a team player, “I played rugby for the 8th team, was in the sailing team, hiking club and played water polo.” says Cole.

His involvement at the school taught Gareth a very important lesson.

“Believe in yourself even when others don’t and don’t forget to be thankful for the opportunities that have been afforded to you,” Cole says.

The community-minded Cole says the biggest highlight of his time at the school was, “developing strong bonds of friendship that are still remaining nearly 30 years later”

He adds, “I have very fond memories of my years at Westville and still enjoy walking around the grounds remembering all the trouble we got away with!”

When Cole grew up, he says, “you went to the school that was in the area your parents decided to live in.”

Cole encourages other old boys to support the Foundation.

Cole says, “I think of this by viewing the life trajectory of a young man from an under privileged upbringing,” he says, “The harsh reality is that poverty repeats from generation to generation.”

According to Cole, “by giving back to the Foundation you are changing a single person’s trajectory”

He says the true power here is this impact on generations to come.

“Many old boys were shaped by Westville into successful men, paying it forward is a responsibility of this privilege.”

Cole says many of his experiences growing up shaped his career.

However, the most important for him is the concept of taking ownership.

He says, “ We are free to choose our actions but there is no escaping consequence so don’t pretend otherwise.”

Speaking to the next generation of old boys Gareth says ,“You have shared these hallways, fields and classrooms with some fine men that have shaped Westville into a very good school.”

Cole poses a challenge to them, “When you walk out the front gate find ways to give back so Westville continues to produce fine men of the future.”

“Remember we were all young once!” he says. 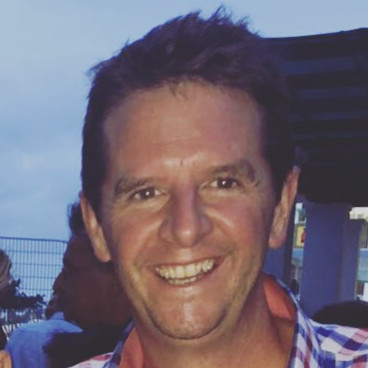