The annual rousing farewell to the School by the matriculating class

The matriculants of Westville Boy’s High School stand. Many are teary-eyed.  All attention is on them, as the memories from their time at the School dart in and out of their minds. The pianist plays the introduction, and then in unison, the boys belt out their rousing rendition of Forty Years On. The last “Follow Up” in each chorus is sung by a lone voice, usually the best chorister in the matriculating class. It is an emotional few moments that will stay with them for the rest of their lives.

For these boys it is the only occasion they will sing this historic song, written in 1872 by Edward Ernest Bowen and John Farmer.  It is the famous school song from Harrow School in England, and is sometimes referred to as the ‘Harrow Song’.   The words of the song reflect on what it will be like for pupils to return to their old school in forty years time.  At Harrow School the song is song more frequently than at Westville Boys’ High School. Whenever there is an occasion at Harrow School at which old boys are present it is always the last song sung.

Forty Years On is nowadays sung at many schools around the world. No doubt many former Harrow men, dispatched to the British colonies at the end of the nineteenth century, introduced the song to select secondary schooling institutions that were modelled on the British public school system.

In South Africa the first and only other school besides Westville Boys’ High School to adopt the song is Pretoria Boys’ High School.  At Boys’ High, as it is affectionately known, Forty Years On is sung at School Valedictions and at all assemblies at which old boys are present.

Interestingly in Australia, two schools that also sing this song, Scotch College and Melbourne High School, refer to “With the tramp of the thirty-six good men”, a reference to the number of players on two Australian Rules football teams.

Other schools around the world that sing Forty Years On, or versions thereof, include Cranbook Kingswood School (USA), the Cathedral and John Connon School (India) and Queens College (Hong Kong).

At Westville Boys’ High School the song is nowadays performed at the end of the annual Speech Night and Prize Giving, just moments before each of the matriculants rings the Charles Swain Memorial Bell, marking their transition from pupils to old boys.  However, for the first two decades of its emergence as a tradition at the School, it was sung at a special assembly for matriculants the night after the Speech Nigh and Prize Giving.

The performance of the song is a moment of immense pride for the boys, their teachers and their parents.  For junior pupils who witness the event, and for whom matriculation might still be some years away, it is a reminder to make the most of their remaining time at the School.

For once Forty Years On is sung, a line is drawn under each boy’s time at the School, and nothing more can be done to change the experience. 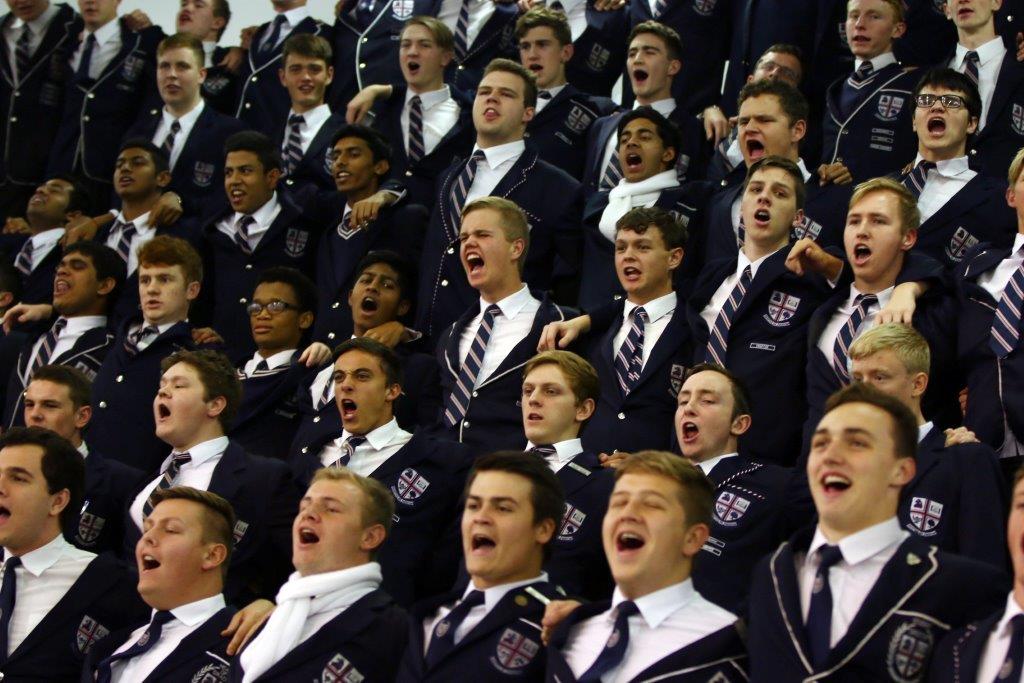