Westville Boys’ High School’s first memorial dates back to 1957. After the sudden death of Mr Charles Swain, a popular teacher at the school, it was decided to erect a permanent memorial to him.  A memorial bell was erected at the entrance to the school. On the Bell is inscribed the word, ‘Solitaire’.

The Bell is from the vessel M/V Solitaire, which was built by the Texas Company in Bath, Maine, USA. The vessel, launched on 3 April 1920, was the first diesel tanker built in the USA. Weighing in at 4 750 tonnes, and with a length of 315ft, she carried a crew of 31, and proudly retained the Lloyds A.1 mark throughout her operational life.

One of her first trips was to South Africa with a cargo of refined oil from Texas. She however spent most of her life trading up and down the east coast of the USA. In 1933, after being sold to the Texas Company of Norway, she was placed under the Norwegian flag and traded between Port Arthur and London, Manchester and Antwerp.

World War II brought a change in her career and appearance. Painted a dull grey, with an anti-submarine gun at her stern and heavy anti-aircraft guns at strategic points on her decks, she joined the North Atlantic convoys bringing vital oil supplies to England from the USA. 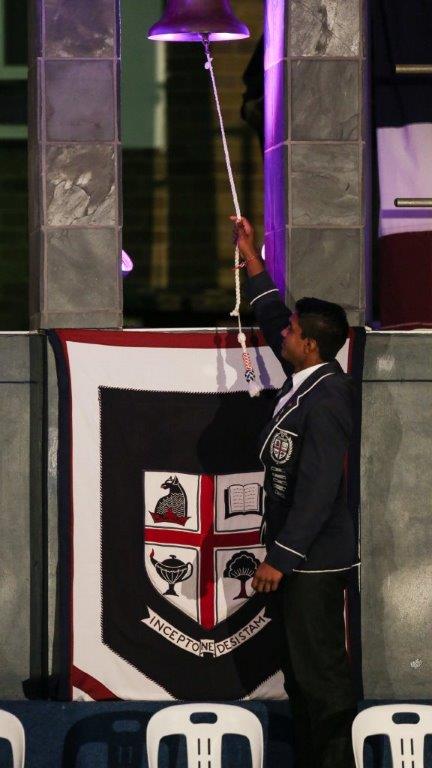 The crew of Solitaire experienced many anxious moments as they witnessed other ships in the convoy being torpedoed or attacked from the air, but Solitaire managed to steer clear of danger during her many wartime missions. Not considered a fast vessel, her maximum speed being only 9.5 knots, she often had to travel in the slower and more vulnerable convoys.

When her speed decreased to 8 knots in 1944 she was transferred once again to the coastal trade on the east coast of the USA. In 1949 Solitaire made her last voyage across the Atlantic from Port Arthur to Gothenburg, Sweden. As she was becoming expensive her owners felt it was time to make way for a new vessel.  She was sold to the British Iron and Steel Corporation for scrapping, which occurred in 1950.  There the story of the Solitaire vessel ends.

Captain Arthur Olsen of the Texas Company of Norway had his first command on the Solitaire.  Due to the vessel being regarded as a happy and lucky ship, all new captains in the company had their first appointments on the Solitaire.

Captain Olsen had only fond memories of the Solitaire. He remembered her as an individualist with her newly invented diesel engines, a happy honest trader for many years, a loyal subject risking her life during war, and above all, an A.1 ship all her life.

There is no doubt the career of ‘Solitaire’ should be an example to all of us.  Her life resonates in the motto of WBHS, ‘Incepto Ne Desistam’, or ‘Stay the course’.

The of the ‘Solitaire’ was bought on auction in England, and became the Charles Swain Memorial Bell at WBHS.

The Charles Swain Memorial Bell forms an important part of WBHS life. Besides giving part of its name to the previous school magazine, ‘The Bell’, it is the centre-piece of a moving tradition each year. The members of the matriculating class, on the eve of them starting their final matric examinations, ring the Bell to signal their departure from the school.  This is the only occasion that the Bell is ever rung.

This moving event has had two locations in its history.  Up until 2007, when the main assembly area for the school was the Roy Couzens Hall, the ringing of the Bell occurred at its then location, which was at the foot of the steps leading up to the hall. After the opening of the School’s Multi-purpose Centre (MPC) in 2008, the Bell was moved to a central location on the permanent seated area of the MPC. Since then this annual tradition has occurred at that location.

The tradition involves a senior teacher reading the roll call of the matriculating class. The first name read is that of the Head of School (formerly the Head Prefect or Head Boy). The Head of School rises and walks to the Bell and rings it once. He remains at the side of the Bell, and then greets each matric who subsequently receives an opportunity to ring the Bell once as well.

The matrics are called up in alphabetical order. Other than the sound of the Bell, the ceremony is conducted in complete silence. Once all matrics have rung the Bell, the Head of School sounds off with two peels of the Bell, concluding the moving ceremony.

For each matric the ringing of the Bell signifies their contribution to WBHS. It marks the exact time that they move from being a learner of the School to being an old boy.

After the members of the matriculating class have gathered outside the assembly venue they perform the school war cry.