Following more than 18 months of planning, Westville Boys’ High School (WBHS) is ready to officially launch its new Foundation. The Foundation, which is being launched in the 60th year of the School’s existence, will become the major fundraising vehicle for the institution. It has set itself the ambitious goal of raising R10 million Rand by the end of 2016. All money raised will be used to support various capital projects intended to enhance the School’s status has one of the leading state schools in South Africa.

The Foundation is a separate legal entity to the School and is registered as a non-profit company in terms of Section 21 of the Companies Act. In addition, it enjoys Public-Benefit Organisation (PBO) status. The Foundation is governed by a Board of Directors and is chaired by Errol Stewart, an old boy of the School.

Several exciting capital projects are either currently underway or are planned for the immediate future. The projects include, among others, the construction of a world-class student centre incorporating a drama teaching facility, the purchase and refurbishment of new boarding facilities, and the development of new experimental science and IT laboratories. 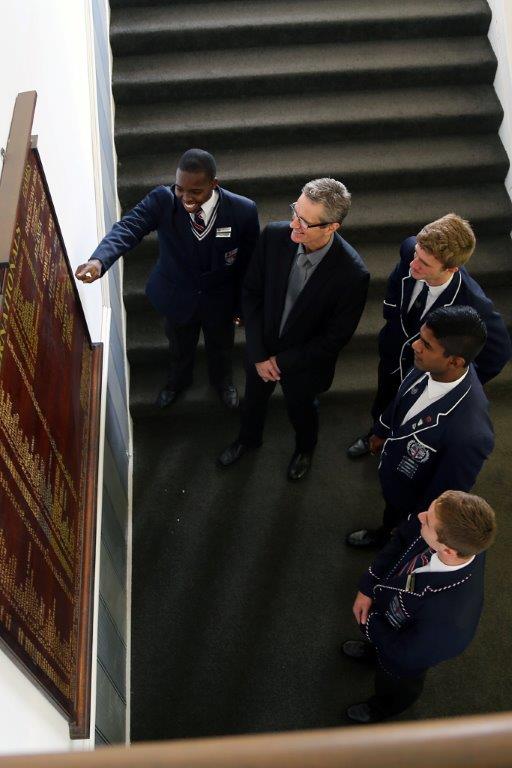 “A rapidly changing world requires institutions to be able to constantly adapt or otherwise face redundancy,” says Trevor Hall, the Headmaster of WBHS. “I am confident that the Foundation will directly support the all-round education experience of the current students of the School and the thousands of boys who will attend the School in the future. In so doing, the Foundation will assist the School in maintaining its position as a world-class educational institution.”

The Foundation has been in existence for several months already. Thus far it has raised almost R1 million Rand, and has been met with excitement from the School community, including old boys, parents, and friends of the School. The official launch will happen on Friday 13 March 2015.